Thank you! Your submission has been received!
Oops! Something went wrong while submitting the form.
LoginBook a demo

Also: Driving adoption of new sales techniques and developing a culture of continuous improvement across the them

Time it took to see results

Bridging the gap between high and low-performing sales reps

David Anderson, Head of Sales at Babbel, wanted his team to continue developing their sales skills, but felt that the one-on-one conversations and ad hoc resources he had been providing to sales reps were not enough to help the team be more efficient - and took a lot of his time. He wanted to find a way to bring more structure to sales training and help the team implement best practices in their work. 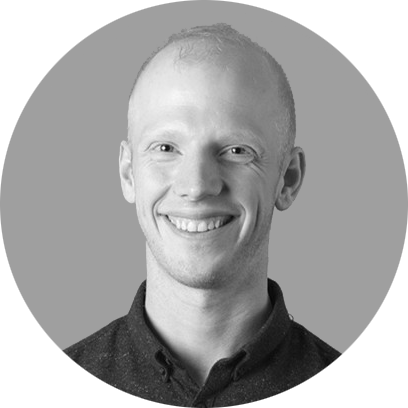 But when you are busy doing sales and your operational tasks on a daily basis, it's easy to forget about the bigger picture and about taking a step back to evaluate processes.”

Ideally, a training program would help the team members share their knowledge, document their processes, and find the best way to improve their close rates.

‍However, Anderson didn't have any experience in running a sales training program, so it wasn't easy for him to identify the best way to move forward. Moreover, he knew that some people in his team were doing better than others but didn't fully understand what was driving the difference.

‍What he needed was a curriculum that would help eliminate the existing gap- and Wonderway's upskilling program provided the structure and the resources that Babbel's sales team needed to grow.

The first step in developing an upskilling program was establishing the baselines for sales reps' performance. As the next step, Wonderwerk helped Babbel's sales team quantify the difference in performance between high performers and low performers on the team. As it turned out, at the time the top performers were closing 4x more revenue per quarter than low performers.

After that, Wonderway combined the information from Babbel's CRM with 180-degree reviews of key skills across sales process stages to identify the skill gap responsible for the difference.

“I think every sales organization tracks their top performers.

‍You can try and improve the top reps, but it's a really steep curve to try and get them 10% more effective.

‍With your middle or low performing reps, it's much easier to get a 10% increase or 20% increase in how well they're doing.”

Now that it was clear which key areas to focus on to improve sales reps' results, the Wonderwerk team developed a weekly training program using content and pre-built templates tailored to the sales team's needs, complemented with custom Babbel content.

Sales reps committed to doing training for on hour per week for 6 weeks. Each week followed the same structure:

• 15 minutes: Watch a video or read an article
• 15 minutes: Apply training to existing deals in the pipeline
• 30 minutes: Team session to share best practices answers and discuss improvements to the sales process

“Getting started is really straightforward. The Wonderway team put together some recommendations based on our discussions. All of it was relevant, so we just got it up and running. And that was pretty much it.”

Babbel saw the upskilling program make a difference on the sales team's performance within just one quarter. In addition to B2B revenue growing by 14%, low performers on the team were able to close 40% more deals compared to the previous quarter.

Weekly reflections also helped the team make continuous improvement part of their weekly to-dos and enabled them to have open discussions around sales tactics and productivity.

With the weekly training in place, sales reps were able to work on their skills in key areas without Anderson spending time choosing materials for his team or wondering which topics to focus on.

“There are certain things that we just hadn't thought about before in such a structured way, like going through a more in-depth categorisation on objection handling.

Having that focus and taking that agony of choice out of the way for me as the leader is quite nice.”

What's more, Wonderway's assessments encouraged the sales reps to apply new techniques to real deals in their pipeline - and see the benefits of the new approach. For example, as a result of the training, Babbel's sales team started focusing on bringing more decision makers on calls and created a playbook of tactics to achieve that goal.

“We immediately saw the benefits of multi threading.

‍It resulted in so many more of our demos having multiple people on that second call.

That's an example of how just a small change could make a big impact on our business.”

The quarterly revenue increase was not powered exclusively by high-performing sales reps: low performers closed 40% more deals compared to the previous quarter. Based on the skill assessment, they achieved a rating improvement between 31% and 44% for the three key skills they needed to work on to get better results.

“We used to identify individual coaching areas with people during one-on-ones, but seeing those trends across the whole team was a bit of an eye opener.

And at the end of the training, we have definitely improved.”

In addition to better results, Anderson noticed that the upskilling program spurred the team members to start having more discussions about best practices. After working through a module, sales reps started independently suggesting changes and improvements.

“The biggest impact was building that habit of learning and reviewing and reflecting regularly into our work week, and setting some time aside to focus on that development piece.

Having a more open feedback culture around our performance and how we're doing has been really healthy.”

Finally, having a ready-to-use training program on Wonderway means that sales team members can work on their skills independently, without asking Anderson for additional guidance or resources.

“It's empowering to give people access to that training resource. They can go as deep as they want to, learn as much as they want.

‍If they want to spend a few hours extra in the week upskilling independently, then that's something they're able to do as well.”

“The impact was clear from the revenue that came in at the end of the training compared to at the start.

Part of that improvement was definitely the fact that we had this ongoing training and were focusing on the areas that we've identified as the key levers for us to be able to increase our performance.”

“Wonderway is easy to set up & configure. It also comes with a skills library out of the box. When you combine this the competitive pricing & stellar customer service we were blown away by the value and are excited to select Wonderway to support our learning initiatives! ”

“We operate in 5 different countries and we had 5 different ways of training our sales team. Wonderway helped us standardise training to get more consistent results.”

Thank you! Your submission has been received!
Oops! Something went wrong while submitting the form.